Battambang is the main hub of the Northwest connecting the entire region with Phnom Penh and Thailand, and as such it’s a vital link for Cambodia. Battambang city is a peaceful and pleasant place these days. The main parts of the city are situated closed to the Sangker River, a tranquil, small body of water that winds its way through Battambang Province. It is a nice, picturesque setting. As with much of Cambodia, the French architecture is an attractive bonus of the city.

Introduction to Battambang Province
Battambang is Cambodia’s second-largest city and the capital of Battambang Province, which was founded in the 11th century. It is the former capital of Monton Kmer and lies in the heart of the Northwest of Cambodia. Until the war years, in which almost every infrastructure was destructed it was the leading rice-producing province of the country.

The name Battambang or Batdambang, literally means “loss of stick” referring to a legend of the Preah Bat Dambang Kranhoung (Kranhoung Stick King). The population is nowadays around 250,000 people . It’s a riverside town, home to some of the best-preserved, French colonial architecture in the country.

Until recently Battambang was off the map for road travellers, but facilities have recently been improved and it makes a great base for visiting the nearby temples, such as Phnom Banon and Wat Ek Phnom, as well as the closedby villages.

It’s a secondary hub on the overland route between Thailand and Vietnam, and if the National Highway No 6 from Poipet to Siem Reap is ever upgraded it’ll become an even smaller hub. The network of charming old French shop houses clustered along the …

More Details
Battambang Geography
The provincial capital of Battambang is the second largest city in Cambodia (2007 estimated population around 1/4 million people). It is located in one of the biggest rice-growing areas in Southeast Asia. The average altitude of the province is around 50m. The province is bordering to the North with Banteay Meanchey, to the West with Thailand, to the East and South with Pursat and the great lake Tonle Sap.

The country’s total surface is about 11,702 sq/km with around 67.7 inh/sqkm. The city is on both the highway and railroad linking Phnom Penh with Thailand; after the outbreak (1970) of civil war in Cambodia, the Battambang-Phnom Penh road was a prime target of the Khmer Rouge insurgents, who, by capturing it, severed Phnom Penh from its major source of rice.Battambang was acquired by Thailand in 1809 and returned to Cambodia in 1907. The city has also a technical …

More Details
Battambang Weather & Climates
Cambodia has a tropical monsoon climate. During the rainy season between mid-April and mid-October the Mekong swells and backs into the Tonle Sap (Great Lake), increasing the size of the lake almost threefold. Between November and April winds are less strong and there are higher temperatures (up to 35?C). General information about the climate:

More Details
Battambang Population
The population census in 2007 shows that Battambang is a densely populated province with male 511,378 and female 525,145 and total population of 1,036,523 people. The population density is 68 per km2, which is slightly higher than the national density of 64. The population of this province constitutes 6.9% of the whole Cambodian population. The percentage of female population accounts for … More Details
Battambang Economy
The Battambang Rice were the principal exports of Cambodia, but exports fell sharply after the onset of the civil war, which put most of the rubber plantations out of operation. By the 1990s, however, rubber plantings had been undertaken as part of a national recovery program. When we talk about tropical fruites, the Battambang orange is the most famouse among the people. Until recently, inadequate transportation hampered exploitation of the country’s vast forests, but by the mid-1990s timber had become the largest source of export income.

Exploitation of mineral resources like phosphate rock, limestone, semiprecious stones, and salt supports important local mining operations. Inflation was 1.6% in 2002, whereas official unemployment figures amounted to 2.6%. Due to closed Thailand there is quite a lot of financial influx from foreign (Thai) …

More Details
How to get to Battambang
From Phnom Penh to Battambang it’s about 291km via national road number 5. It is accessable from Thailand via Pailin, Banteay Meanchey. Generally from Siem Reap to Battambang can be via air and overland. Today, there is no operating flight to this province yet at the moment.

Train The old saying goes there is no such thing as a free lunch, but in Cambodia, the old train is still free. for foreigners, that’s it. However, it will …

More Details
What to see in Battambang
Battambang City is absolutely full of wonderful colonial-era architecture and historic old pagodas, and the surrounding countryside harbors not only Angkorian-era temple ruins and pagodas but also offers some of the most picturesque rice paddy and village scenery in the country. The new edition of Ray Zepp’s essential guide to Battambang and the surrounding area, Around Battambang, is available at tourist hotels and restaurants throughout Battambang City. Zepp’s 164 page guide contains invaluable information on Battambang’s historic pagodas, Angkorian era temple ruins, surrounding countryside and local travel details. Highly … More Details
Where to eat in Battambang
Where to Eat In Battambang

Good Khmer Restaurants, Across the street from the Angkor Hotel and near Road 2 are a few good Khmer restaurants. The doublewide one in the middle is usually packed and has the best food. The other restaurants aren’t bad either. All have very reasonable prices.

Restaurants over the Lions Bridge:

There are also a couple of good Khmer restaurants across the Lions Bridge near the statue circle on the right. The first one you come to is the Sub-I-na. It’s simple place with good Khmer and Chinese food. Better yet is the Sopheak Mongkul just beyond the Sub-I-na. The owner is a very friendly Khmer lady that speaks English and likes to chat while her staff is tending to you. Good food, and the owner will custom-make dishes for you if they’re not on the menu.

On the winding river road heading north – the part that comes away from the river for a few blocks. It’s close to the temple of the same name. Khmer and Chinese food with English speaking staff that are very friendly and attentive.

More Details
Where to Stay in Battambang
Battambang Hotels

More Details
Shopping in Battambang
Phsar Nath, In the centre of the town is the main Phsar (traditional market) and is geared to the locals, sporting the usual variety of fruits, vegetables, meat, clothes, sundries, food stalls, etc.

Gem dealers A couple of banks, photo shops and moneychangers line the streets that ring the Phsar. Phsar Leu, just south of town, seems to be the place to buy the local specialties: oranges and pomelos from Pursat province. The oranges are said to be the best oranges in the country. Chea Heang Drink Shop on the west side of Phsar Nath offers ice cream bars, cheeses, yogurt, wines, and other imported … 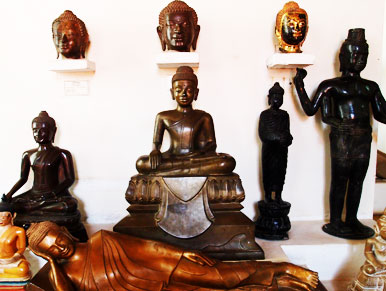 Two elegant – though as yet nameless – avenues, with parkland down the middle, grace the city centre. One goes by the … 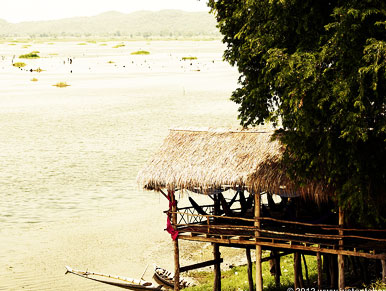 Today Kamping Puoy is a large recreational lake located between two hills, and is popular with locals at weekends … 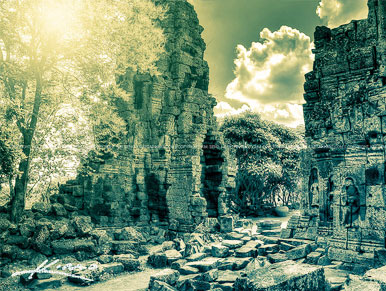 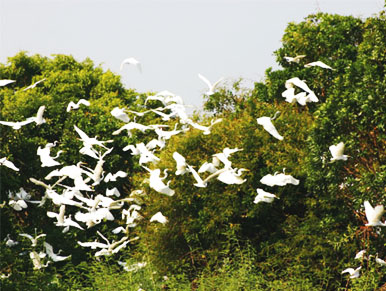 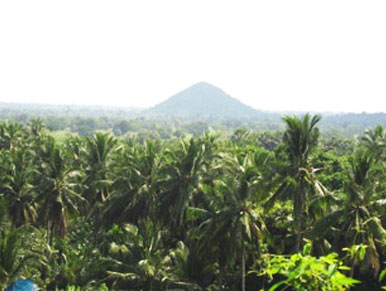 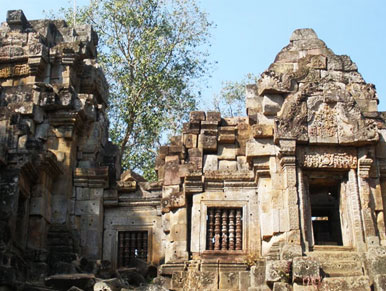 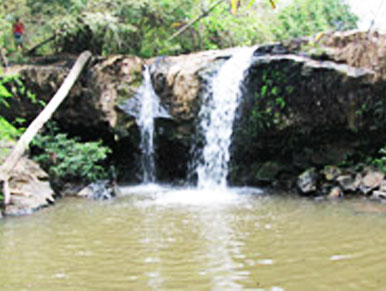 Pich Chenda, Battambang is one of the premier destinations in Cambodia which is included in the itinerary of the … 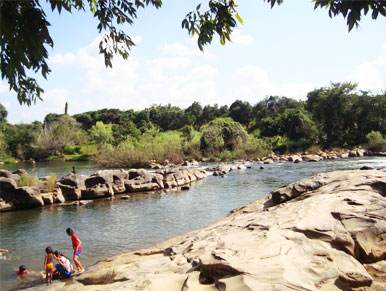 Sek Sork is the natural resort, which has been popular since before the civil war time. Sek Sork stretches along the … 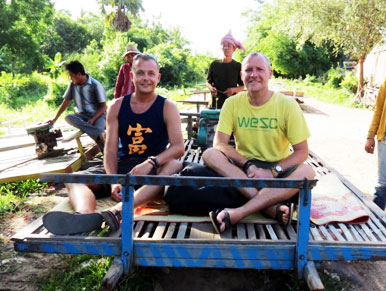 These trains, known as norry in Khmer, consist of a wooden frame, bamboo decking, an engine and wheels that come from a …

The tourists who embark on Battambang Tours should keep the Wat Pee- Pahd,Battambang in their itinerary. The country of … 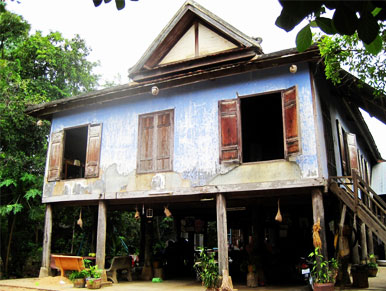 The tourists who embark on Battambang Tours should keep the Wat Pee- Pahd,Battambang in their itinerary. The country of … 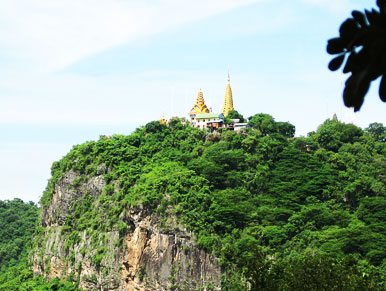 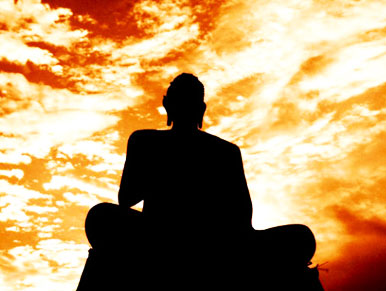 Situated about 10 km north of the Cobra Bridge are the ruins of Ek Phnom. It was built during the Bayon period and … 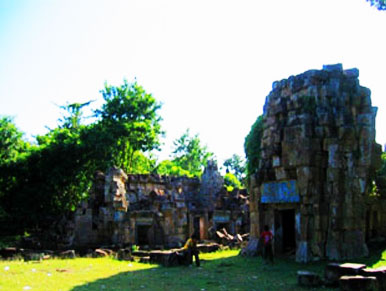 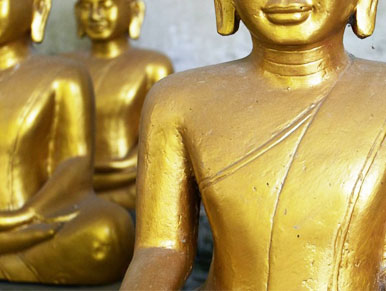 Gold Buddha Hill, Battambang is popular places for your journey to Sisophan if you are heading that way (60 km or so … 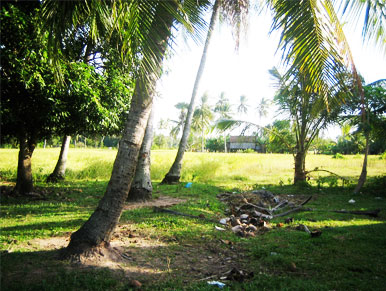 Dang Tung, Battambang is frequently accessed by leisure tourists touring the second largest city and the capital of the … 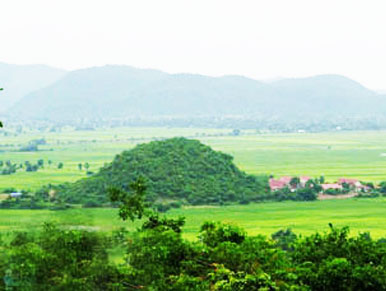 Phnom Trong Morn Trong Tea, Battambang is one of the place which is filled with abundant number of flora and fauna and … 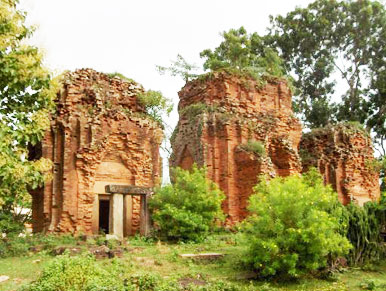 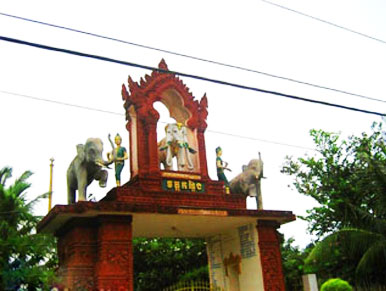 Wat Gahndahl, Battambang Located on the east bank of the Sanker River, the temple is a simple and run down place. There … 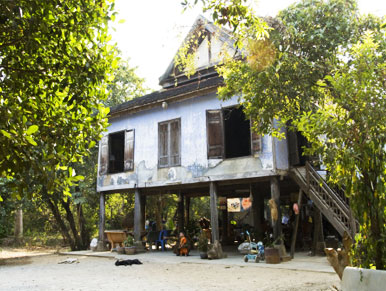 The Cultural Village of Watkor

Two kilometers south of the town, this village has half a dozen wooden houses dating from about 100 years ago, along … 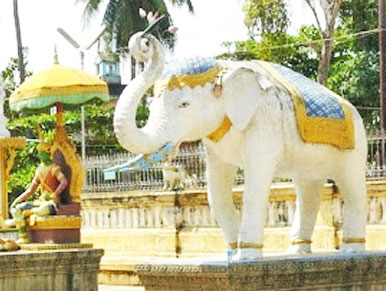 The White Elephant Pagoda, more formally known as Pagoda Tahm-rai-saw, is located near the centre of the city of … 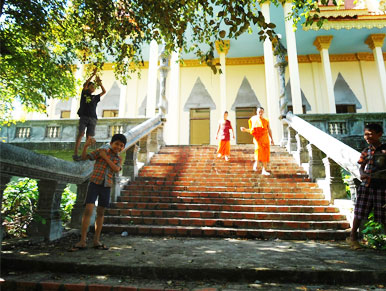 Wat Samraong Knong, roughly translated as ‘Wat in the forest’ is an extremely old pagoda on the eastern side of the …