Transfer from Phnom Penh International Airport to the hotel. Phnom Penh city tour: Visit the Victory Monument, Visit the Royal Palace, built by King Norodom in 1866 on the site of the old town, and the Silver Pagoda. Located within the grounds of the Royal Palace, the Silver Pagoda is so named because of its floor, which is made up of 5000 silver tiles. The treasures include a solid gold Buddha encrusted and weighing 90kilos and a small 17th century emerald and baccarat crystal Buddha (please note that the Palace is sometimes closed when the King is in residence).
Stay overnight: Phnom Penh | Meals: Dinner

Breakfast at hotel.
In the morning we use cyclos to visit the Wat Phnom Temple, Phnom Penh’s namesake, the Central Market and the National Museum also called Musee des Beaux-Arts. A French archaeologist and painter, Georges Groslier, designed it in Khmer style in 1917. The museum contains a collection of Khmer art – notably sculptures. . Visit the Notorious Tuol Sleng Museum by vehicle. In 1975 Tuol Svay Prey High School was taken over by Pol Pot’s security forces and turned into a prison known as Security Prison 21 (S-21). It soon became the largest such center of detention and torture in the country. More than 17.000 people held at S-21 were taken to the extermination camp at Choeung Ek to be executed; detainees who died during torture were buried in mass graves in the prison ground. The museum displays include room after room of these photographs of men, women and children covering the walls from floor to ceiling; virtually all the people pictured were later killed. Visit the Russian Market (Psah Tuol Thom Pong), a lively outdoor market where you will find antiquities, silver and gold jewelry, gems, silk, kramas, stone and wood carvings, as well as T-Shirts, CDs and other souvenirs. Mekong sunset cruise one hour (joint tour).
Stay overnight: Phnom Penh | Meals: Breakfast | Lunch

Breakfast at hotel. Drive to Kratie via Kompong Cham & Snuol. Lunch at local restaurant in Snuol.
Arrive in Kratie and check in at hotel. In the afternoon, city tour of this small provincial town with its good examples of sumptuous colonial architecture. This tiny town on the Mekong is an unexpected delight, with a relaxing, indolent atmosphere. Further north stop at the best riverside vantage point from which to view the rare freshwater Irrawady dolphins which can be best seen late afternoon. Then, drive back to Kratie.
Stay overnight: Phnom Penh | Meals: Breakfast | Lunch

Breakfast at local restaurant.Visit Kratie pagoda and market. Continue to Chhlong, a small and peaceful village on the Mekong River bank with both, typical Khmer and Colonial architecture. One unique and beautiful wooden house is called 100 columns house for its many columns supporting the house, dating from 19th century. Before arriving in Kompong Cham, visit Chhup, the biggest rubber plantation in the country, established during the French colonial time by the French tire Maker Michelin. Lunch at local restaurant in Kompong Cham. Visit Wat Nokor Pagoda with its ancient temple and modern style pagoda (12th century) and then drive to Kompong Thom. Arrive in Kompong Thom and check-in at hotel.
Stay overnight: Phnom Penh | Meals: Breakfast | Lunch

Breakfast at hotel. Depart Kompong Thom for Sambor Prei Kuk, located 35km northeast of Kompong Thom. Visit the ancient capital of Chenla with its 100 temples dating from the Pre-Angkorian period. Return to Kompong Thom. Lunch at local restaurant. Continue to Siem Reap. On your way to Siem Reap you will stop at the Naga Bridge (Spean Pratpo), located 40 Km from Siem Reap. Arrive in Siem Reap and transfer to the hotel. Early evening, you will be taken by Tuk Tuk, a small open-sided taxi common in Cambodia, to cruise around the suburb of Siem Reap town and for a blessing ceremony by Buddhist monks for happiness, prosperity and safety for your journey
Stay overnight: Phnom Penh | Meals: Breakfast | Lunch

Visit the Roluos Group. The monuments of Roluos, which served as the capital of Indravarman I (reigned 877-89), are among the earliest large, permanent temples built by the Khmers and mark the beginning of Khmer classical art. Preah Ko erected by Indravarman I in the late 9th century dedicated by the King to his ancestors in 880. Bakong the largest and most interesting of the Roluos group temples, with his active Buddhist monastery just to the north of the east entrance. Lolei built on an islet in the center of a large reservoir (now rice fields) by Yasovarman I, the founder to the first city at Angkor. In the afternoon, continue your temple tour to the unique interior brick sculptures of Prasat Kravan, Srah Srang (“The Royal Baths” was once used for ritual bathing), Banteay Kdei (surrounded by 4 concentric walls), Eastern Mebon, (guarded at its corner by stone figures of harnessed elephants, some of which are still in a reasonable state of preservation) and the mountain-temple of Pre Rup until sunset. Tonight, enjoy dinner at local restaurant with Apsara Dance Show
Stay overnight: Phnom Penh | Meals: Breakfast | Lunch | Dinner

Breakfast at hotel. In the morning, visit the most famous of all the temples on the plain of Angkor: Angkor Wat. The temple complex covers 81 hectares and is comparable in size to the Imperial Palace in Beijing. Its distinctive five towers are emblazoned on the Cambodian flag and the 12th century masterpiece is considered by art historians to be the prime example of classical Khmer art and architecture. Angkor Wat’s five towers symbolize Meru’s five peaks – the enclosed wall represents the mountains at the edge of the world and the surrounding moat, the ocean beyond. Visit the South Gate (with its huge statues depicting the churning of the ocean of milk), the ancient capital of Angkor Thom (12th century), Bayon Temple (unique for its 54 towers decorated with over 200 smiling faces of Avolokitesvara), the Royal Enclosure, Phimeanakas, the Elephants Terrace and the Terrace of the Leper King. Sunset at Angkor Wat.
Stay overnight: Phnom Penh | Meals: Breakfast | Lunch

Breakfast at hotel. Morning, drive to the remote Beng Mealea temple through the typical Khmer countryside (60Kms from Siem Reap) There is a lot to see in the approximately 2½ hours drive as it takes you through many lively villages and along kilometers of rice paddies. Explore the long abandoned temple (11th C), strangled by the jungle. Lunch box will be provided at the site.
Proceed to the Banteay Srei temple (10th century) regarded as the jewel in the crown of classical Khmer art. Then visit Banteay Samre, one of the most complete complexes at Angkor due to restoration using the method of “anastylosis”. The name Samre refers to an ethnic group of mountain people, who inhabited the region at the base of Phnom Kulen and were probably related to the Khmers. No inscriptions have been found for this temple, but the style of most of the architecture is of the classic art of the middle period similar to Angkor Wat. The proportions of Banteay Samre are splendid. A unique feature is an interior moat with laterite paving, which when filled with water must have given an ethereal atmosphere to the temple. Drive back to Siem Reap.
Stay overnight: Phnom Penh | Meals: Breakfast | Lunch

Visit the floating village of Chong Khneas, located 10 kilometers south of Siem Reap. Take a boat trip in a traditional wooden boat on the Tonle Sap Lake, the “Great Lake” of Cambodia, one of the largest in Asia. Note: From Feb-July, the visit to the Tonle Sap lake is not recommended because of the low water level. The below visits will be provided instead: Visit the Silk Farm of Puok. Learn the different stages of the complex process of producing handmade silk Visit Wat Inkosei built on the site of an ancient temple, which still remains. Continue to Wat Bo pagoda to view its well-preserved paintings. You will also observe monks making the various moldings, which adorn the pagodas. Afternoon, visit Preah Khan. Built by King Jayavarman VII, Preah Khan is, like Ta Prohm, a place of towered enclosures and shoulder-hugging corridors. Unlike Ta Prohm, though, it’s well preserved and ongoing restoration efforts should improve this situation. Visit as well Neak Pean a fountain built in the middle of a pool and the temple of Ta Som.
Stay overnight: Phnom Penh | Meals: Breakfast | Lunch

Breakfast at hotel. In the morning, continue the temple tour to Takeo, Thommanon, Chau Say Tevoda and Ta Prohm, one of the area’s most beautiful temples. Ta Prohm has been left relatively untouched since it was discovered and retains much of its mystery. Its appeal lies in the fact that, unlike the other monuments of Angkor, it was abandoned and swallowed by the jungle, looking very much the ways most of the Angkor temples appeared when European explorers first stumbled upon them. Trannsfer to the airport for the departure flight.

Things To Be Prepared:

All reservations will be confirmed by return email. In case immediate confirmation is not possible, our office will inform the booking status.

All prices quoted in US Dollars. Prices are subject to change without prior notice. Please check with us upon reservation.

For children between 2 to 11 years old, the following price policy applies:

For cancellation of confirmed arrangements, a cancellation fee will be charged according to the charges incurred. The hotels generally have a 21 days notice of cancellation policy.

For package tours operated by Absolute Tours and Travel (Cambodia) following cancellation fees will be applied:

It is not responsible for any loss, injury or damages sustained by passengers and customers.

All additional expenses incurred due to delays, accidents, natural and other disasters, political actions and unrests, shall be borne by passengers and customers. 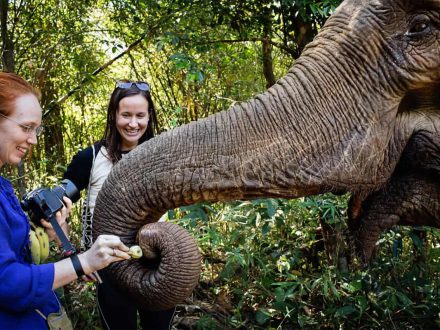 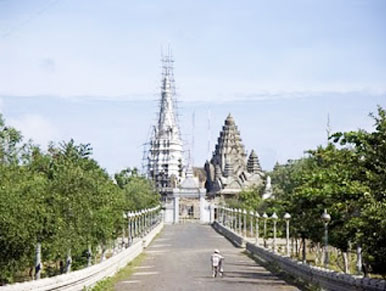 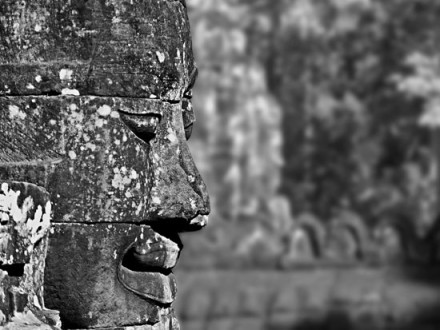